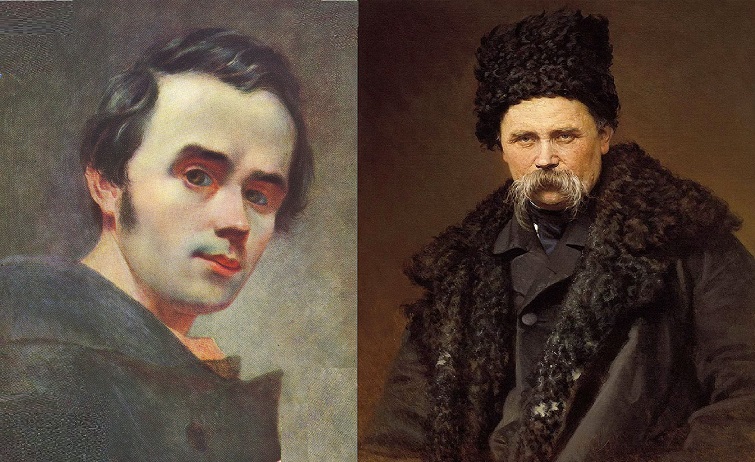 Taras Shevchenko – the most prominent Ukrainian poet and a major figure of the Ukrainian national revival.

Born a serf, Shevchenko was freed in 1838 while a student at the St. Petersburg Academy of Art. His first collection of poems, entitled Kobzar (1840; “The Bard”), expressed the historicism and the folkloristic interests of the Ukrainian Romantics, but his poetry soon moved away from nostalgia for Cossack life to a more sombre portrayal of Ukrainian history, particularly in the long poem “The Haidamaks” (1841). When the secret Brotherhood of Saints Cyril and Methodius was suppressed in 1847, Shevchenko was punished by exile and compulsory military service for writing the poems “The Dream,” “The Caucasus,” and “The Epistle,” which satirized the oppression of Ukraine by Russia and prophesied a revolution.

Though forbidden to write or paint, Shevchenko clandestinely wrote a few lyric poems during the first years of his exile. He had a revival of creativity after his release in 1857; his later poetry treats historical and moral issues, both Ukrainian and universal.