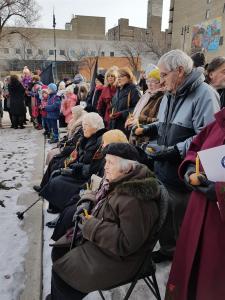 The annual commemoration of the Holodomor Famine-Genocide in Ukraine 1932-33 organized by the Ukrainian Canadian Congress – Manitoba Provincial Council (UCC-MPC) took place according to  long-standing tradition at Winnipeg City Hall on November 25, 2017.

The Holodomor took place in Ukraine in 1932-33 and was one of the most heinous crimes in the history of mankind. This tragedy was the result of a deliberate political strategy masterminded by Stalin and his totalitarian communist regime to destroy the Ukrainian peasantry and was part of a plan to destroy Ukrainian national resistance to the Soviet state. By sheer magnitude, losses during the Holodomor surpassed those of the Ukrainian nation during the Second World War. The Holodomor is recognised by most objective historians as an act of genocide.  Many countries, including Canada, have formally declared the Holodomor as a genocide against the Ukrainian people.

The event began with a panakhyda – ecumenical memorial service con-celebrated by His Eminence Metropolitan Yurij (Ukrainian Orthodox Church of Canada) and  His Excellency Metropolitan Lawrence (Ukrainian Catholic Archeparchy of Winnipeg) along with attendant clergy.

Survivors of the Holodomor Sonia Kushliak, Luba Semeniuk and Zina Dlugosh were introduced along with Halyna Kowal, the wife of the late Roman Kowal who is the artist responsible for the Holodomor monument in front of City Hall.

Member of Parliament for Selkirk-Interlake and Eastman and  Opposition Critic for National Defence and the Vice-Chair of the House of Commons Standing Committee on National Defence James Bezan also brought greetings and remarks. Other politicians in attendance were Members of the Legislative Assembly Nic Curry (Kildonan), Blair Yakimoski (Transcona), Andrew Micklefield (Rossmere) and City Councillor Ross Eadie (Mynarski Ward).

During a short cultural program members of PLAST Ukrainian Youth Association led the gathered youth in singing of a song about the Holodomor, Svicha. Pupils from the Ukrainian Schools at Sts.  Volodymyr & Olha Cathedral and Chytalnya Prosvita read poems dedicated to the survivors of the Famine-Genocide.

UCC-MPC is grateful to His Worship Brian Bowman for allowing us use of City Hall for this annual event as well as the City staff for their assistance. We also thank the Hierarchs of our Churches, local clergy, Ukrainian youth groups and schools for their participation and support of this important endeavour. 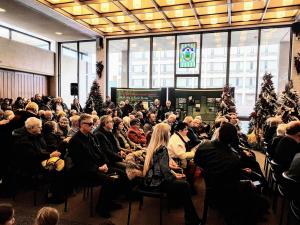 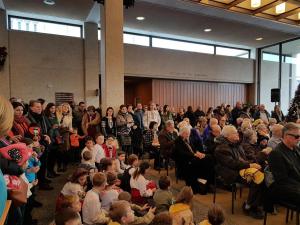 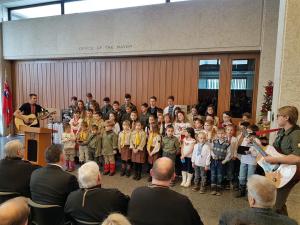 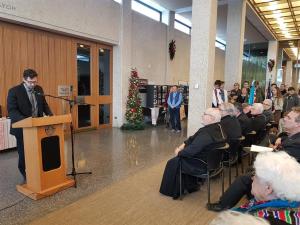 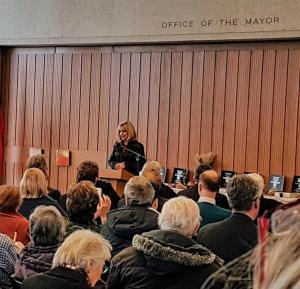 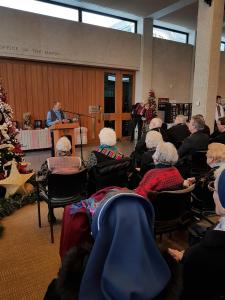 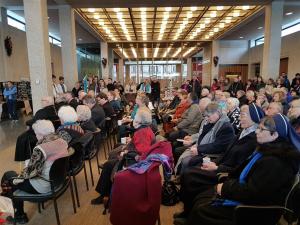 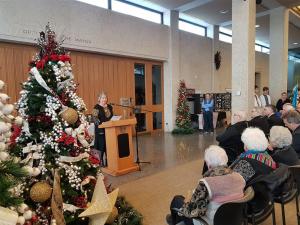 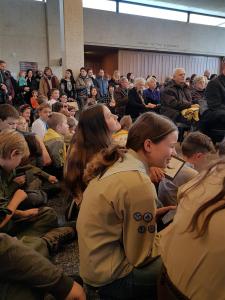 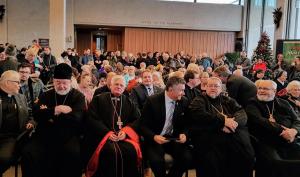 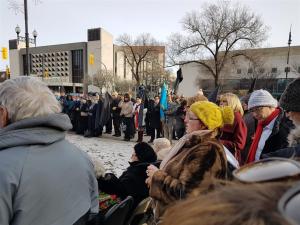 Norbert K. Iwan’s beautiful photographs of the event can be viewed here.