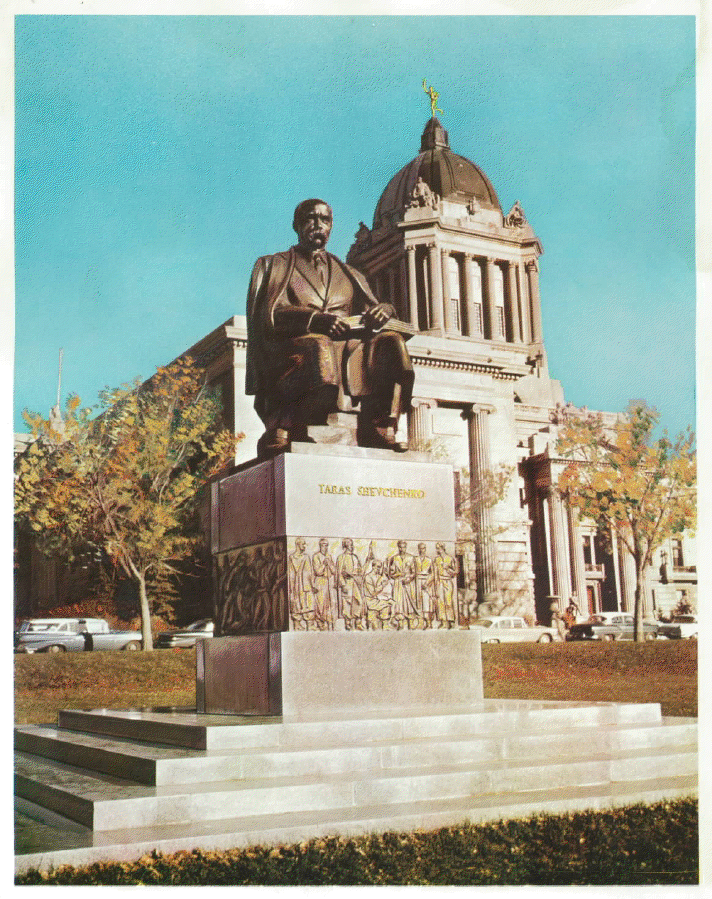 In 1959 the Ukrainian community in Canada embarked on a significant undertaking – to place a monument to Taras Shevchenko, Ukraine’s national poet, on the grounds of the Manitoba Legislature. $175,000 was raised for this endeavor.

The fundraising for this monumental project led to a surplus of $30,000, which was invested into an endowment fund dedicated to the preservation and development of Ukrainian culture in Canada – the Ukrainian Canadian Foundation of Taras Shevchenko.

Through the efforts of Senators John Hnatyshyn, William Wall and Paul Yuzyk, and MP Nicholas Mandziuk, Bill S-21 – “An Act to Incorporate the Ukrainian Canadian Foundation of Taras Shevchenko” was successfully introduced in the Canadian Parliament, and signed on July 22, 1962 by Governor General G.P. Vanier.

The Ukrainian Canadian Congress (UCC) appointed the first Board of Directors, and in 1964 the Shevchenko Foundation was officially launched. Dr. Isydore Hlynka was founding President of the Foundation, serving for its first fifteen years.