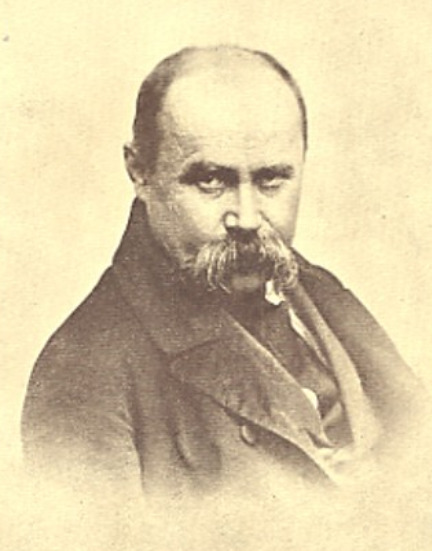 On March 10, 2016 the Ukrainian Canadian Congress – Manitoba Provincial Council held its annual Taras Shevchenko Commemoration on the grounds of the Manitoba Legislative Assembly. A special guest present was the Ukrainian Ambassador to Canada, Andrii Shevchenko who was accompanied to the event by his spouse, Hanna Homonai.

Click here to view a video record of the event.

In addition to commemorating the birth of Ukraine’s foremost poet and champion of human rights, Taras Shevchenko, the Ukrainian Canadian community also called for the release of Ukrainian Air Force pilot and political prisoner, Nadiya Savchenko, who was illegally taken into custody by Russian Forces in Eastern Ukraine, and has been imprisoned for 20 months by Russia. She now faces a long prison term on trumped up charges. Ukrainian communities around the world, along with the European Union and many governments have called for her release.

Ambassador Shevchenko addressed those gathered. The Ambassador expressed his pleasure in being in Manitoba for the first time. He stressed the importance of Canada’s ongoing support of Ukraine. An expansion of ties between Canada and Ukraine in all fields is something he hoped would take place. He spoke about the importance in contemporary Ukraine of Taras Shevchenko’s life story and poetry. Ambassador Shevchenko spoke about the current war in Ukraine and how the fight for justice for Nadiya Savchenko is an important part of this struggle.

Earlier in the day, the Province of Manitoba had proclaimed 2016 as The Year of Manitoba’s Ukrainian-Canadian Cultural Heritage. The co-chairs of the UCC-MPC’s 125th Anniversary Committee Joan Lewandosky and Dr. Roman Yereniuk read the proclamation and presented Ambassador Shevchenko with a framed copy of it.

Oksana Bondarchuk commented on what binds Shevchenko and Savchenko, “As we commemorate the life of Taras Shevchenko, we should note just how much it is intertwined with Nadiya’s current plight. His life story is about the struggle for Ukraine’s independence and personal human dignity, the same inspirational goals being fought for by Nadiya today.”

In conclusion, UCC President Bondarchuk thanked all political parties in the Legislative Assembly for their cooperation in adopting the Proclamation and to Minister David Chomiak for his leadership in this. She also expressed appreciation to His Grace Metropolitan Lawrence and His Eminence Metropolitan Yurij for providing the opening and closing prayers.  Plast Ukrainian Youth Association, the Ukrainian Language school of Sts Vladimir and Olga Ukrainian Catholic Church, the Ukrainian Youth Association, the Ukrainian Language school of Chytalnia Prosvita, Fr. Alexander and Mrs. Olha Harkavyi, and the O. Koshetz Choir for were thanked for performing various Shevchenko poems and songs set to his music. She also thanked Zenon Ciz for acting as the Master of Ceremonies.

After the Commemoration, the Ambassador held a special meeting with citizens of Ukraine to discuss questions surrounding renewal of Ukrainian passports.

UCC-MPC expresses its gratitude to videographer Alexei Oukleine of Immediator.ca for providing a video record (https://youtu.be/Q9W_5K25JHE) of the occasion and to Norbert K. Iwan for once again photographing the event.