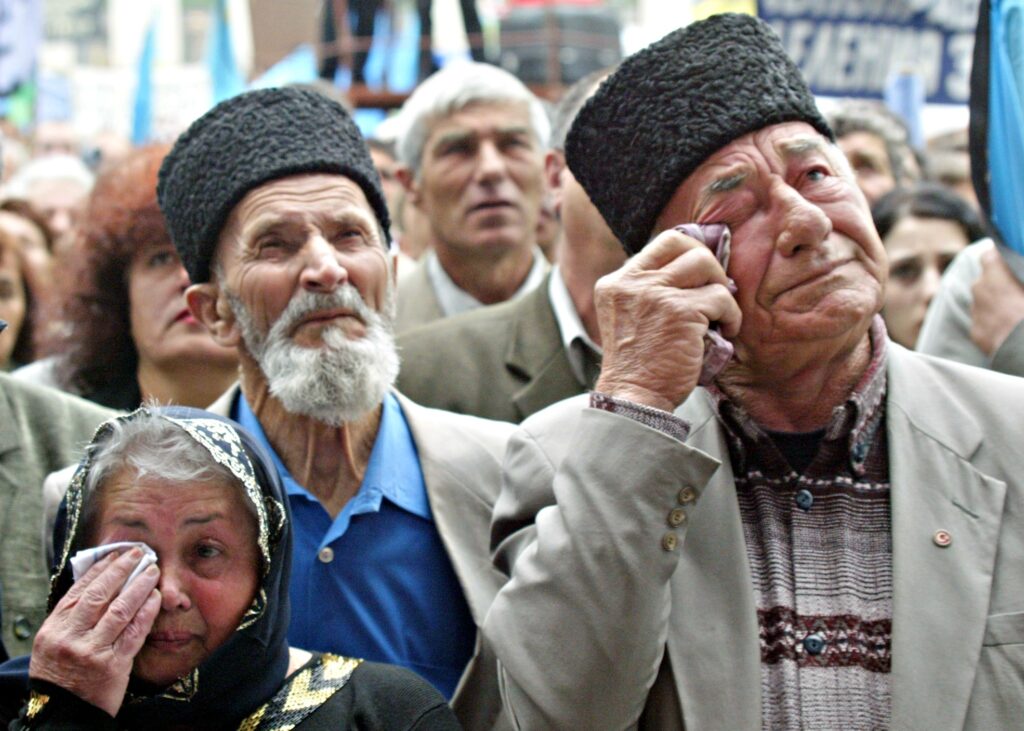 On May 18, 2017 the world marks the 73rd anniversary of the 1944 deportation of the entire Crimean Tatar – the indigenous people of the Crimean Peninsula – population from their homeland to far-flung regions of the Soviet Union. This criminal act of ethnic cleansing was initiated on the orders of Soviet leader Joseph Stalin as punishment for their alleged collaboration with the Germans during the Second World War. Of the 230,000 Tatars subjected to this crime, some 100,000 perished as a result.

​Despite the injustice of the charges leveled against them as a group, and the horrific suffering they had to endure in exile, the Crimean Tatars were only allowed to return to their ancestral homeland in the late 1980s. Upon Ukraine gaining independence in 1991, the Crimean Tatars achieved a level of cultural and ethnic equality they had not experienced under Soviet rule.

With the illegal annexation of Crimea by the Russian Federation in 2014, the fate of the Crimean Tatars has once again become tenuous. Persecution based on ethnic, social and religious grounds has become common, with Tatar language media outlets being banned and local self-government institutions curtailed. Thousands of Crimean Tatars have fled to safe haven in Ukraine. Many leading members of the Crimean Tatar community have been subjected to harassment and even imprisonment.

An extremely disturbing development, according to Amnesty International, is that the Crimean Tartar’s principle representative organisation, the Mejlis, has been banned arbitrarily by the Russian occupational government as an “extremist organisation” and any association with it has been criminalized.

The Ukrainian Canadian Congress – Manitoba Provincial Council (UCC-MPC) urges all Canadians to remember at this time the injustices suffered by the Crimean Tatars during their deportation and exile. Additionally, we call upon the Canadian Government to maintain sanctions against the Russian Federation until such time that the Russians end their illegal occupation of Crimea. The UCC-MPC also demands that the Russian authorities respect the ethnic and community rights of the Tatar population of Crimea and that they immediately cease the policy of discrimination and repression of the indigenous population of this occupied Ukrainian region.